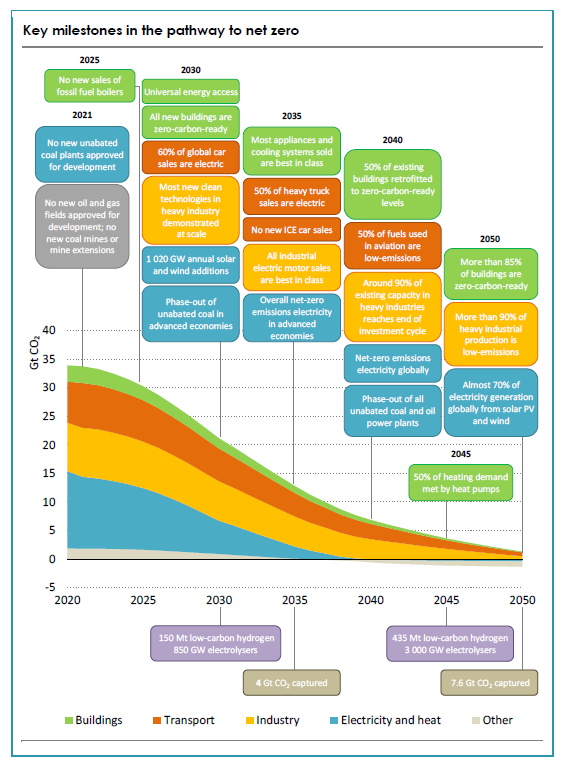 END_OF_DOCUMENT_TOKEN_TO_BE_REPLACED

J’ai publié un article sous ce titre dans la Oxford Review of Economic Policy, Volume 35, Issue 2, Summer 2019, The Age of Electricity, dont je ne peux partager le lien sur les médias sociaux, mais que je suis autorisé à mettre sur mon blog. En bref, ça dit ceci: Achieving net zero greenhouse gas emissions is very challenging. Given the limitations in the direct use of renewable energy for heat and mobility, electrification of the broad economy seems a must, provided electricity supply is CO2-free. The recent cost reductions of solar and wind technologies, their immense potential, and the improvement in electric technologies for industry and transport, open new avenues for achieving humankind’s climate mitigation goals. However, a large fraction of the best solar and wind resources are situated far away from large consumption centres. Moreover, the variability of solar and wind and the shortcomings of electricity storage limit the scope for direct electrification. Indirect electrification through electrolysis of water and the use of hydrogen and hydrogen-rich feedstock and fuels may in all end-use sectors complement electrification where it appears excessively challenging, serve the power sector itself, and also help harness remote resources and ship them to consumers or industries.

END_OF_DOCUMENT_TOKEN_TO_BE_REPLACED

« Angel Gurria sounds like the leader of an environmental or social justice group.

« In a recent University of Toronto lecture, « Climate Action: Time for Implementation », he stressed that climate change is a public health issue « disproportionately affecting the most vulnerable as well as those least responsible for anthropogenic warming. »

« Gurria is Secretary-General of the Organisation for Economic Co-operation and Development (OECD), a group representing some of the richest, most industrialized nations on Earth.

END_OF_DOCUMENT_TOKEN_TO_BE_REPLACED

Reducing long-term greenhouse gas (GHG) emissions in the industry sector is one of the toughest challenges of the energy transition. Combustion and process emissions from cement manufacturing, iron- and steelmaking, and chemical production are particularly problematic.

But there are a variety of current and future options to increase the uptake of renewables as one possible way to reduce industry sector energy and process carbon dioxide (CO2) emissions, which we examine in detail in a new IEA Insight Paper, Renewable Energy for Industry.

The main finding is that the recent rapid cost reductions in solar photovoltaics (PV) and wind power may enable new options for greening the industry, either directly from electricity or through the production of hydrogen (H)-rich chemicals and fuels. Simultaneously, electrification offers new flexibility options to better integrate large shares of variable renewables into grids.

END_OF_DOCUMENT_TOKEN_TO_BE_REPLACED

Responding to popular demand, I publish a revised graph showing the cost of hydrogen from electrolysis of water for different load factors, but based on the most recent information about the cost of alkaline electrolysers in large plants, as provided recently by NEL: USD 450/kWh as already mentioned (Note: this graph was again revised on 3 May).

Here you can see three zones: the zone of « free » surplus from solar and wind in Europe (but that would likely apply to Japan as well, and other countries with good but not very good Wind and solar resources); electricity is considered free but the occurrence are relatively unfrequent and I considered 500 to 1500 full load (equivalent) hours a year for the electrolysers; variable renewables in Europe, where solar and Wind combined are unlikely to exceed a capacity factor of about 50%, and the same in most favoured régions of the world.

This leads me to somewhat attenuate my previous prevention against the concept of manufacturing hydrogen from « surplus » variable renewables in countries with average resources. The cost may be found acceptable for some usages, in particular where procurement of other sources of clean hydrogen is not easy. However, it is unclear if some other ways of using this surplus electricity, including as a source of heat, would not prove economically preferable.

In any case the quantity issue remains: these surpluses will not likely suffice for all current and future, industrial and energetic, uses we have for hydrogen in a climate-friendly energy world. We will need more, much more, and I doubt all could be produced in these regions. Beyond « free » surpluses we would need to deploy many more wind farms and solar farms in addition to those that will be needed to provide the bulk of our grid electricit. And for what? For generating hydrogen at twice its cost in those sunnier and windier areas that have a low population density and very low local electricity demand.

Hydrogen is not easy to transport, and costly to store as a gas, so for most of its usages we would likely bound it to some other atoms to form a variety of energy carriers or fuels, with carbon atoms (methane, methanol, MCH, DME, alcools and hydrocarbons) or without, such as ammonia. And then, transport on land via pipelines, on seas with ships, would be relatively straightforward and represent a small increase in overall cost. Hence importing from best-resource low-demand areas would likely be a very valuable option for complementing local renewable resources in average-resource high-demand areas.

In any case, the economic case for clean hydrogen production vs. fossil fuel based hydrogen manufacturing looks better than previously thought. Except maybe in very cheap natural gas countries, renewable-based ammonia generation and possibly other commodities, including energy carriers, could prove a competitive option from now on, even with no carbon cost or consideration of capture and storage of carbon dioxide.

More on this topic: read my 6-page note on the IEA website, where I explain in particular how a large-scale all-electric ammonia plant could work on variable renewables such as a combination of solar and Wind.

END_OF_DOCUMENT_TOKEN_TO_BE_REPLACED

“Air pollution is no longer confined to isolated places. This generation has altered the composition of the atmosphere on a global scale through radioactive materials and a steady increase in carbon dioxide from the burning of fossil fuels.”

The President of the United States once said this in a speech before the Congress.

Which President was that? Does the President-Elect know? Do you happen to know?